Studio Time: Embracing the Overload of Multitudinous Passions and Directions

I have found that my excitement level and development of ideas during the work
process in the studio can be enormous to the point of "pushing time" to include
every "last bit" of a creative internal agenda.  Energy is up and enthusiasm
rages as I "race" to complete a series of tasks that will direct me to the next day.

Last week I spent two days printing in Ron Pokrasso's Timberwick studio in
Santa Fe, where the opportunities of a vital work environment gave me a great
boost of exhilaration developing two series of new work.  It was a fabulous ad-
venture and learning time as myself and two classmates wandered through the
dynamics of digital printmaking.  Ron is a tireless teacher, relentless problem-
solver, intuitive artist, and master printer whose knowledge and aid is invaluable.
Check out his workshops at http://www.ronpokrasso.com


Investigating digital printmaking was an enticing reason to take Ron's "Repeat-
-able Mark" workshop since I have been exploring my own photographic
digital imagery for quite a while. The workshop was a scheduled three-day
session. I awoke at five am on the first day of class and discovered a major blizzard
and wind event occurring outside my window.  The East Mountains can be a mighty
feisty environment during the winter months and I had an hour's drive north to Santa
Fe.  Various phone calls went back and forth to Ron, but the weather was not
cooperating.  I missed the first day of my workshop.


The next day I was up at five again, moving quickly feeding all animals and
leaving the house by seven am.  I was very excited and anticipated a wonderful
time, hoping I had not missed too much information from the day before.  I was
also scheduled to stay, that evening, in Ron's rentable room so I would not have
to rush home to feed my "crew".

As I entered the studio I was amazed at the size of the building and amount of
tables and equipment.  I was in "art heaven".  As the other students came in I
was introduced to classmates Laura, Sharon, and intern, Devin.

We were soon immersed in a world of digital plate-making using a computer,
exposure table, and developer.  A positive greyscale image is analyzed and
printed from an inkjet printer onto clear film.  The image is then exposed and
developed on Image On, a light-sensitive emulsion film backed by a thin piece
of Plexiglas, which becomes the printing plate.   I made two plates and began to
ink up and print.  Time flew by and when hunger and lunchtime approached, I
found myself with a series of prints.
.
The activity of an idea brought to a digital plate, inked up and then printed is
one of experimentation, "feel" of the inking process, and surprise as the image
is rolled through the printing press and revealed.  It is a wonderful sensation
to touch and lift the paper from the plate after physically turning the massive
roller wheel. The pressure and weight of the press "collaborates" with the artist
as the final "assist" to the process of each print.


After lunch, Ron showed us how to expose solar plates to the sun, giving us a
new technique for developing a plate.  The solar plate is very sensitive to infor-
mation and the images were incredibly detailed when inked up and printed.  I
came to a "crossroads" of sorts, at this moment of the workshop, which created
my "multitudinous overload" of intent for the remainder of the two days.


My dilemma concerned my two bodies of work:  experimental figures with layered
grounds and a more commercial series of animal images that I intend to sell on a
new web site.  I wanted to work both series while I had access to a master printer and
a press.   How much time could I devote to each series and how could I "stretch" that
time to encompass the work I wanted to accomplish?  I had the afternoon and the next
day to complete my tasks.   I decided I needed four animal images and another pair of
figures with two more grounds.  One solution to working faster was to become a more
efficient "inker of the plate".  I focused on applying just the amount of ink I would
need to cover the plate and quickly wipe it off to a desired saturation level. 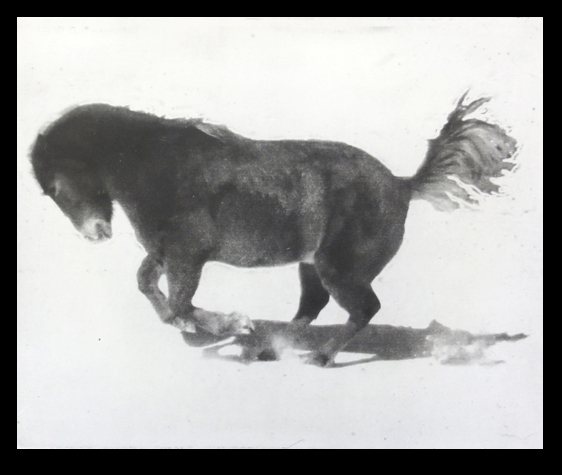 I know that "splitting" my brain into separate paths to create more than one series was an
artistic compromise and I would have preferred to work on my more experimental figures
the entire two days.  But I had a long talk with myself and made an "executive decision"
to work on a salable body of work in addition to my more personal interests since teaching
jobs have been rather scarce lately.  Of course I could have decided to focus entirely
on a body of work that was marketable, but that idea did not come up during my mental
conference .  Then again, I am a creative soul who lives at the center of an art maelstrom.
And that is just a fact. 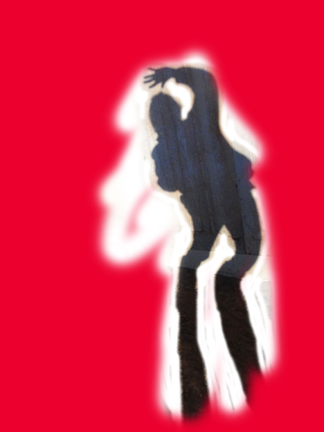 Posted by Diane G Rolnick, Artist at 4:32 AM No comments: